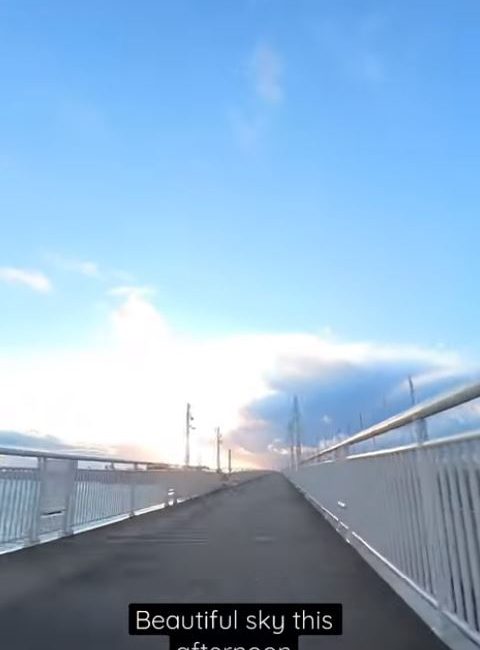 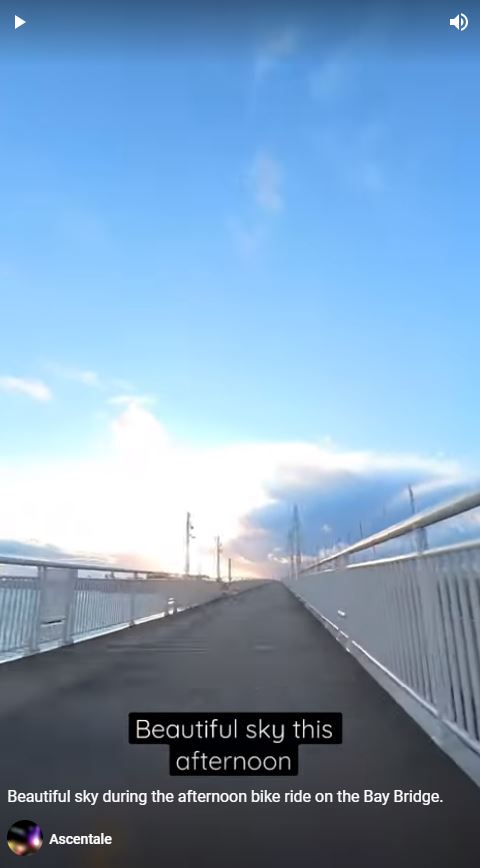 You can't bike across the Bay Bridge to San Francisco, but it's still a pretty ride.

With Daylight saving time no longer in effect, the sun sets a bit later, and it's easy to get a bike ride in with a dramatic sky against the setting sun.  To get there and if you are coming from the north, you can enter the trail in Emeryville on Shellmound Street, sort of across from the Ikea.  If you are coming from the south, you enter the trail on the east side of Shellmound street, just south of the Ikea.

There's a smooth, paved bike path the leads to the bridge.  This is officially called the Bay Bridge Trail.  There are usually a handful of people biking, walking, or running on it.  The wastewater treatment plant can kind of smell sometimes.  You pass under a lot of freeway infrastructure and then near the Bridgeyard and parallel Burma Rd.  As you approach the bridge, you can veer to the left a bit and check out the Observation Pier, a remnant from the old Bay Bridge.

Otherwise, you continue along the Bay Bridge Trail / Alex Zuckerman path.  It's a 2.2 mile stretch on the bridge, often with a lot of noise from cars and trucks crossing the bridge, often with a headwind but beautiful views.  Access to Yerba Buena Island and Treasure Island seems to still be limited to weekends and holidays, but there is a nice pier and viewing platform at the Bay Bridge Trail Lookout.  There are usually a few people here, with bikes, who stop to rest, have a snack, enjoy the view, or use the bathroom facilities.  You can see the Port of Oakland, parts of Alameda, and parts of San Francisco at the pier and along the way.

On the way back there's usually a pleasant tailwind, making the return much shorter.

A time lapse video from the Bay Bridge Bike Path

Here's a time lapse video that I recorded from the bike path on the Bay Bridge the other day.  The sky was dramatic and beautiful.