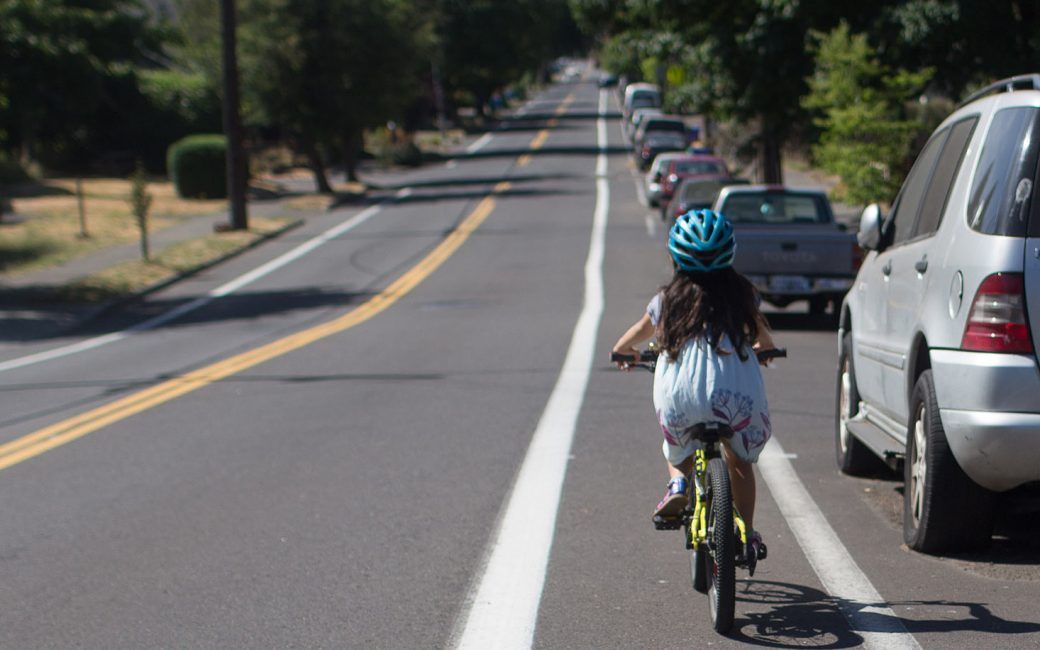 I took my child to Creston Park by bike during our last visit to Portland.  Aside from a few issues (it was hot! and my kid wasn’t used to their borrowed bike!) the ride there was mostly pleasant.  We took some of the calm neighborhood streets and Greenways. Our general path was along SE 34th, Clinton and SE 45th Avenue. I knew we’d have to cross SE Powell at some point, but I guess I had hoped that there’d be a decent way to bike across it.  Especially since Portland has relatively (for the USA) good bike infrastructure.  I also hoped that since there’s a park with Creston Elementary school nearby, the city might have provisions for easier biking to school and play.   We saw another adult and children riding, presumably headed to the same destination.  We stopped […]