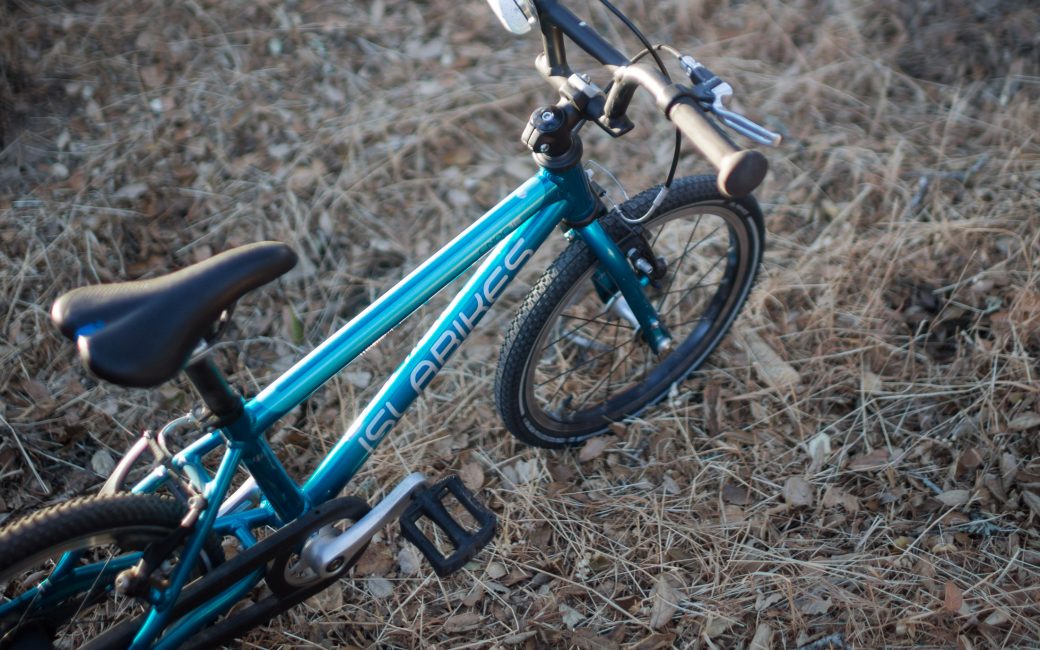 We went camping at the Live Oak campground on the lower parts of Mount Diablo.  It was a pretty campsite, with lovely light that filtered through the Live Oak trees.  It was right next to plenty of hiking trails and Rock City, and the hills were golden and dry, typical of a Northern Californian summer.   (There was a lot of less-lovely Poison Oak too, which thankfully we avoided).  We lugged the kids' bikes so they could romp around the campsite.  But the kids were much happier scaling rocks and trees rather than riding their bikes.  I'm not sure if they rode their bikes at all.  We listened to them play while appreciating the beauty of our surroundings.

It turns out that 3 kids (that I know of) had some version of the Islabikes CNOC16.  It was a remarkable, lightweight bike while we had it.  We eventually upgraded when our child grew out of it and was ready for a bike with a shifter and gears.  The new bike is great (an Opus), but feels like a bit of a downgrade, but was much more affordable.  That's not really a complaint though, it just demonstrates how nice that Islabike was.  One other child upgraded to a 20" Cleary bike, also a very nice ride.