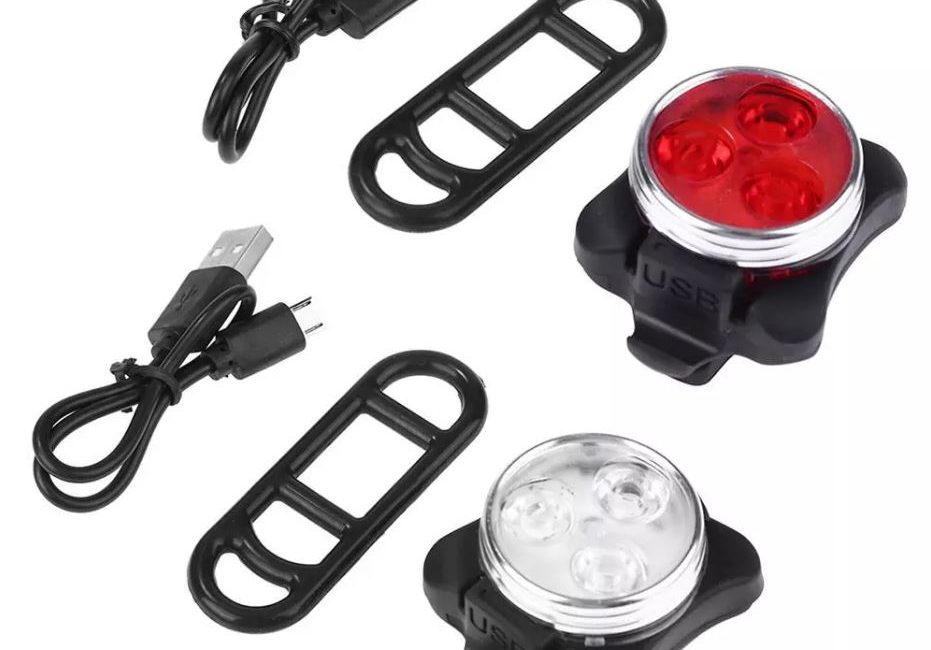 Getting a set of children's bike lights probably worth it for your kid.  You can get a functional set for $10-15.  It's an easy safety upgrade if you ride in anything but normal daylight.

Your kid might need bike lights if you do anything more than recreational daytime rides.

A lot of people view riding a bike as recreation.  That's fine.  But if you're also riding your bike to get from point A to point B with your child, sometimes you will have to ride in the dark.  It starts to get dark around 4:30pm during the Bay Area winters, so you may need lights even if you're not staying out late.
Our school day ends around 3pm. If you have scheduled any after care, you'll be coming home in the dark for at least part of the school year. If you're like us, your main safety concern is keeping your child safe from automobiles. Kids bikes are lower to the ground and harder for drivers to see.
Lights are useful for riding at dusk or in the dark, but also if it's cloudy or raining.

Lights for seeing and being seen

The best head lights for bikes will make sure others on the road see you and illuminate the road in front of you.  Many headlights have flashing modes that help with the "being seen" part. But bright strobes might make it hard for you (and others who are facing you) to see in front of you.  The blinking modes are very useful if it's cloudy, raining, or not quite dark though.
A good tail light will help make sure you're seen.

Some of the super cheap lights are too dim to be at all effective.  A cheap headlight will not make your child visible and won't help your child see the road in front of them.
Kids (mine at least) can be rough on equipment, and you may not want to invest a lot in a fancy light either.  I prefer something in between.  If you've upgraded your own bike light and have an older one for your kid, that might work fine too.

Theft: Even children's bike lights should be easily removable so you can take them off while running errands

If you're using your bike to run errands, you'll have to park your bike at some point. You'll want lights that are easy to remove to avoid theft*.  We don't remove the lights when we leave our child's bike at school, since the other kids don't mess with them.
I recommend lights for anyone who might be riding when it's starting to get dark. Lights also help when it's very cloudy or raining.  Important factors for me are: size, ease of removal, brightness/cost, and build quality.  The light should be easy to remove so you can take it off when you lock your bike, to avoid theft.
*You can also use lights that are hard to remove. But this might make charging them difficult.

Lights for children's bikes vs lights for adult bikes

I see children's bike lights as having different size and durability needs. Kids tend to be rougher on stuff. You can either buy something more durable or buy something that's cheaper to replace if it breaks.
I find smaller children's bike lights to be better.  Their bikes are smaller, and there is less space to attach the lights.  Lights that attach to a seat post may not fit on your child's bike because there isn't enough space to attach a light.

For infrequent night riding: Riding on sidewalks or recreational paths with no or very low interaction with automotive traffic (about $5)

Get a light that's as nice as you'd like, but you probably don't need much more than a little blinky light.  The lights below cost about $1.50 each and should be enough.  But I recommend spending a few more dollars to get something a little nicer (see the next section).  These also use button-cell batteries, which don't last long and aren't environmentally friendly.

There's a class of lights that all look pretty much the same.  I think designers at some factories copy each others designs.  You end up with 5-10 versions of nearly the same product, with very slight differences.  I The VONT Pyro bike light set seems to have the nicest packaging of the bunch.  Other lights such as Ascher and Jiying cost a little less and probably provide a better value.
The lights are simple but have a rechargeable battery and are surprisingly bright.  The head lights don't do as nice of a job of illuminating the road in front of you as nicer lights, but they do an adequate job.  I give out similar lights at our bike parades and sell them in the web shop as well.
It might be hard to choose between the many clones.  I look for brands that get good reviews.  This doesn't guarantee that you'll get a better product.  But if you do get a poor-quality light, you're more likely to get more favorable customer service. These brands pay closer attention to their reviews and reputation.

We ride to school and back, so our lights get used pretty much every day during the late fall, winter, and early spring.  We found that the Vont Pyro style headlight didn't output enough light to illuminate the road.  The tail light also fit awkwardly on our child's bike.  We could not mount it on the seatpost, because their seat had to be so low.
I looked for brighter headlights (more lumens) and a tail light with a smaller mounting system.  I found a set of lights by the brand Blitzu that only cost $12.  They are rated for 300 lumens, while the Vont Pyro lights are only rated for around 80 lumens.  You can also recharge these lights by plugging them into a USB port.  A note about lumen ratings: The lumen rating is often a manufacturer claim and not an independent test result. So take these ratings with a grain of salt.

There are a lot of other similar head light and tail light sets in the $12-25 range.  For example, here are some under the Asher brand.

I have only tried a few of these so far.  We are currently using the Blitzu "Gator 390", shown above.  I bought it because the headlight was smaller than others.  I didn't want a giant headlight that wouldn't fit well on my child's bike's handlebars.  But the head light we use probably has a shorter battery life because it has a smaller battery.  It doesn't feel superbly made or anything, but it gets the job done at an affordable price.  And since my kid still drops their bike a few times per week, I won't be too upset if we have to replace the light.
I also ordered and tested the Blitzu Gator 320.  It does not feel like a high quality light either.  It is made of low-density plastic.  Some of it is amusingly plated to look like a metal heatsink.  The portion that contains the battery has a nice soft-touch texture though.  This light is WAY brighter than the Vont Pyro style of light.  It also appears to be brighter than the Gator 390.
I pointed the Gator 320 and the Vont Pyro-style lights against a wall.  I could not even see the light projected by the Vont style light at all.
The tail light that comes with the Blitzu was fairly bad.  It uses a coin cell battery, and we aren't using it at all.  We'll keep it in case we need a backup if everything else isn't working.

Nicer lights for regular use

I used to work in the bike industry, and so I've been able to ride with some of the nicer lights that are out there.

Bike lights for specialty use

I don't recommend all of these for children's bikes lights, but they are worth mentioning.  Maybe you just want something nice, or maybe you have a special application in mind: