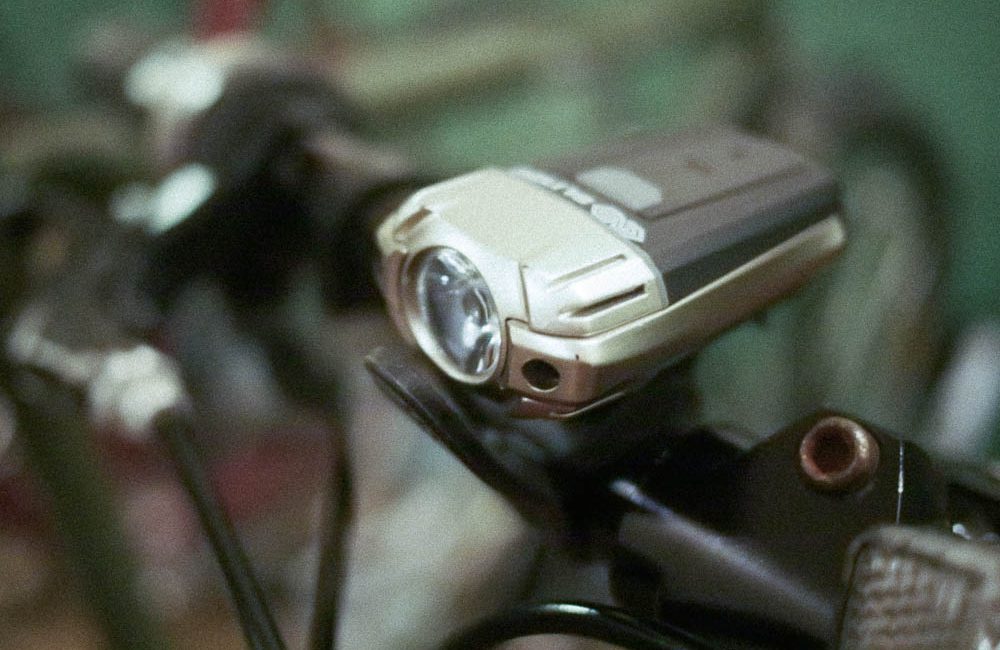 Contents hide
1 How is the Blitzu Head Light holding up?
2 Function, Usage and Visibility: OK
3 Brightness: OK
4 Battery Life: Not very good
5 Reliability: Fine so far (for the most part)
6 Overall: It's doing fine as a children's bike light
6.1 I’m trying to make it easier for families to ride bikes together by sharing experiences and developing helpful products.
6.2 Or follow along for updates:
6.2.1 Instagram
6.2.2 Twitter
6.2.3 Facebook
6.2.4 Related Posts:

How is the Blitzu Head Light holding up?

Bike safety lights are important for keeping bike riders safe while riding at night.  I purchased a set of lights for my kid.  We've been riding around for 3 months now with the Blitzu Gator 390, a budget bike light option for childrens bike lights.  We have been using it about once per day, 5-7 days per week.  The headlight/tail light set costs about $16 on Amazon, and is a good choice for a LED bike light for a child.  I wouldn't call it the best kid's bike light, but it's a good value and a good option.

The light works fine.  It's fairly small, so it fits on small handlebars well.  It's easy enough for a child to operate.  It has a few modes for varying brightness, and it's not hard to aim the light as necessary.  It is easy to attach.  The rubber strap that loops around the handlebars has been secure.  It's not too hard to remove the light when parking in public to avoid theft.  The light has an indicator LED that tells you which mode it is on and if the battery is low.

The rubber strap of the headlight is a little too long and can partly block the headlight beam.  This is a weird design oversight and is a little annoying.  But then again, the headlight and rear light set cost $16.  So it's still a fantastic value for a children's bike light, despite this flaw.

The bicycle tail light works ok, but is less useful.  It's bright enough to help drivers see your child from behind, but I wouldn't say that it stands out a ton.  I often forget how to change modes from blinking to steady, so I don't bother trying.  It's not super bright, but it's bright enough to be seen. We decided to upgrade this tail light with a bike flag pole light and another bright tail light that we could mount on the seat post.

The USB charging (via micro-USB) works fine.  Both the head light and tail light are lightweight and easily portable, if you need to carry them in your pocket or something.

The brightness of the front light is satisfactory.  The bright mode is pretty bright and provides good illumination.  Given the price, it's a nice value.  It's bright enough to be seen and to illuminate the road in front of us.  I'm not sure if it aids my child too much because sometimes they don't seem to care what's in front of them.

The tail light is not as bright as I'd like, but it is ok.  It's pretty tiny which can make it difficult to see from a distance.  I feel that given the desire to keep my kid safe, I wanted something bigger and brighter.

The battery life of the headlight is not very good.  I had to start reminding myself to periodically check my kid's bike to see if the low battery indicator was on.  The light changes to a safe-mode presumably to lower power consumption so that it will last longer before it ceases to function.  Still, it's fine for a children's bike light.  I just have to remember to check it and charge it more often than other headlights we own.

Reliability: Fine so far (for the most part)

A children's bike light should be durable as well as safe.  We haven't had too many problems with the lights after 3 months of use on a child's bike.

The rubbery button cover for the tail light is a little flimsy, and isn't well-seated anymore.  The waterproofing is probably a bit compromised, but it's probably not enough to cause a reliability problem.  It is still water-resistant, at the least.  If I really wanted to, I could try to reseat it, but it's not a big deal.

Overall: It's doing fine as a children's bike light

For the price, it's been fine.  I found myself wishing it were a little better, so I upgraded the tail light.  Given the amount of riding we do (5-7 days per week in the evening due to school and various errands and events) I think I'd spend a little more next time to get a nicer set.  But it's been fine.