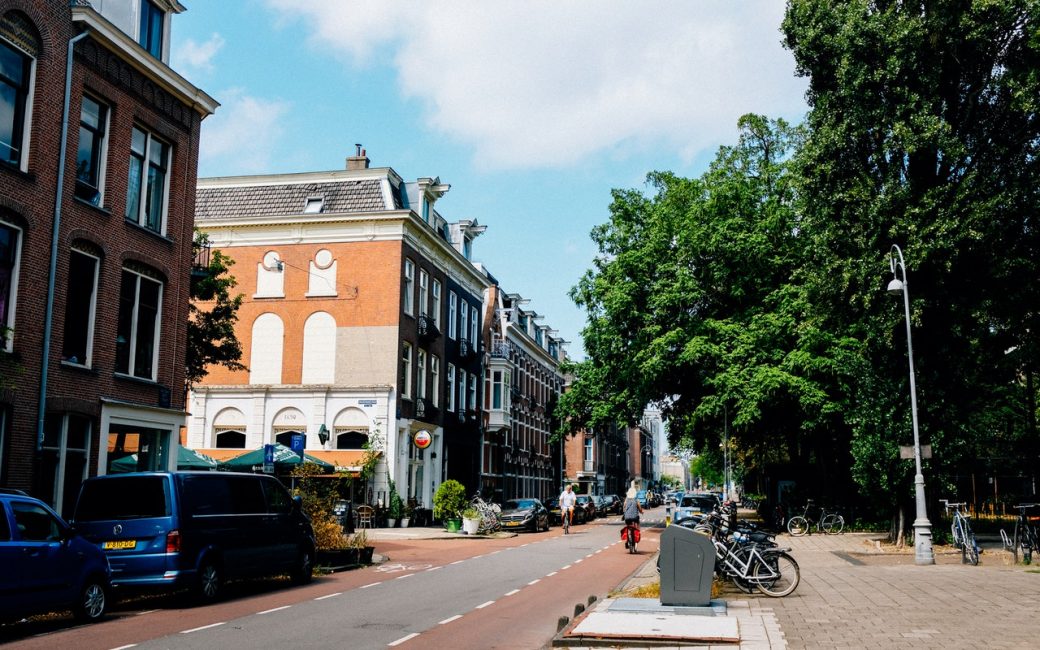 In the USA, at least, I found that talking to kids about bike safety meant talking a lot about cars.

When our child started riding with us on their own bike, I realized that 90% of our communication was about riding safely with cars on the road.  It wasn't about kids bike safety gear, helmets, proper clothing or anything else like that.  Dedicated bike paths to the library, the playground, to school or wherever else for running errands usually don't exist in the States.  So, we had to ride in the street, and this meant sharing the road with cars.  This is a little scary when riding with a young child.

Though there are bike lanes near me, a layer of paint doesn't feel like it offers a lot of protection.

Sharing the street with cars can be scary, and being hit by a car is very bad

We tried to stick to streets with light traffic, but it wasn’t possible to completely avoid sharing the road with larger vehicles. There was a lot of explaining about where to ride on the road, when and where to stop, why we ride on the right side of the road in the USA (because some people picked it a long time ago!) and even why should we watch out for cars.

Our conversations weren’t just about avoiding getting run over. I had to tell our child that getting hit by a car is a very bad thing. We had particular incident that started when I misremembered where a cross street was. We had to turn back and decided to travel on a busy street for a block rather than take a different route and extend the trip. We instructed our child to ride on the sidewalk with my wife while I rode on the road. There were other people walking on the sidewalk, and our child fell a bit behind my wife. This occurred on a part of the road where there is no parallel parking, practically no shoulder, and 5 lanes of automotive traffic.

In an attempt to maintain a safe COVID distance (another frequent discussion topic), our child walked her bike off of the curb of the sidewalk and onto the very busy street, with traffic rolling behind her. I yelled and panicked, she froze. The driver of the car behind her stopped in time while a bystander (possibly the person our child was trying to give space to) grabbed our child  off of the road and carried her back to the sidewalk. The combination of my yelling and a stranger grabbing her made our child freak out, and she peed her pants in terror. We profusely thanked the woman, calmed down a bit, stared sadly at the puddle of pee, and then convinced our child to ride home in wet pants since it was too far to walk. We spent quite a bit of time over the next few days and weeks explaining talking about how getting smashed by a car is worse than potentially contracting COVID.

Cars appeared to be the biggest risk

It was a weird, but informative realization: cars and other motor vehicles appeared to be the biggest safety risk to a child while riding a bike from point A to point B, and I wanted to find a way to reduce that risk.  Falling off of a bike and scraping a knee is pretty minimal to what could happen if hit by a car.  I don't think all cars are bad, and I think that they provide an important role in how we transport things and ourselves.  But I think that our infrastructure shouldn't create a scary environment for other modes of transport.

Join in to learn more about how can make it easier for kids and families to safely ride bikes together.