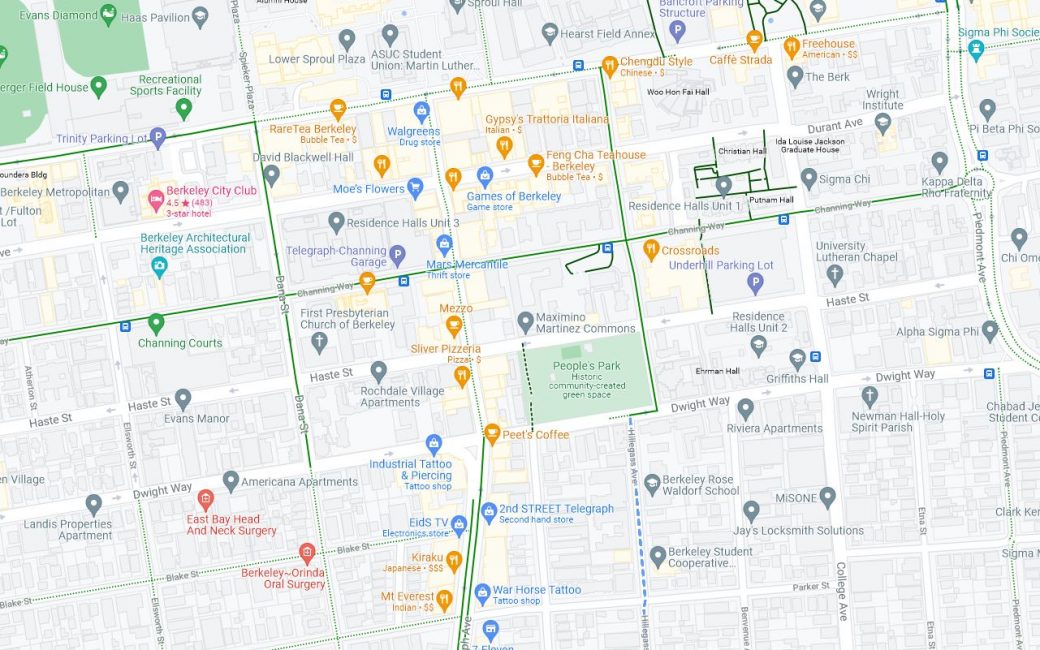 The topic of bike navigation for cyclists came up recently, especially with the release of some new features for Google Maps Lite:

With lite navigation, cyclists can quickly see important details about their route without needing to keep their screen on or enter turn-by-turn navigation. At a glance, you can track your trip progress, see your ETA update in real-time, and even know the elevation of your route so you can keep your focus where it needs to be — on the road.

Why is dedicated bike navigation important?

And what features do cycles need that are not available in turn-by-turn car map apps?

There are a few main factors that affect navigation for people who are traveling by bike.  The safety of the road and protection from automotive traffic is probably the primary factor. It’s critical for a bike navigation system to prioritize and highlight routes with protected bike lanes, dedicated paths, or painted bike lanes.
There are also some streets and paths that are closed to automotive traffic but open to walkers and people who ride their bikes.  A car navigation app will not show these potential safer routes.
Another important factor is elevation. Elevation changes will of course affect riding effort and total travel time.
Google maps does a decent job of the above, but turn-by-turn navigation is not as useful to someone riding a bike.
It’s easy to mount a phone on the dashboard of a car and plug it in to keep the battery charged. It’s more difficult to achieve a similar setup when riding a bike.  Having the most useful information available quickly without having to continually look at the phone screen will be very helpful.

What do we do in practice when riding with kids?

When riding with kids, I usually plan a route on Google maps first.  If the route is unfamiliar,I refer to the app once in a while during the ride.  I look for Slow Streets which are helpfully marked with a dotted blue line and bike lanes, marked in a solid green line.  We prefer the Slow Streets by far over other traditional bike lanes (paint-separated), especially on busier streets.

We also choose residential streets with no bike lane but little traffic over a busier street with a painted-stripe style bike lane.  The few protected bike lanes (such as the one on Milvia) that exist are helpful.

What do I do when riding an unfamiliar route with adults?

I usually create a route on Google Maps on the computer before the ride.  This way I can prioritize routes with less cars and better bike lanes and infrastructure.  Then, I either save the route and use it for turn-by-turn when riding at times.  Or I refer to it periodically during my ride, especially when I need to make turns.  My phone is old, the battery is in rough shape, and I generally can't afford to keep the GPS on for a large chunk of the day.