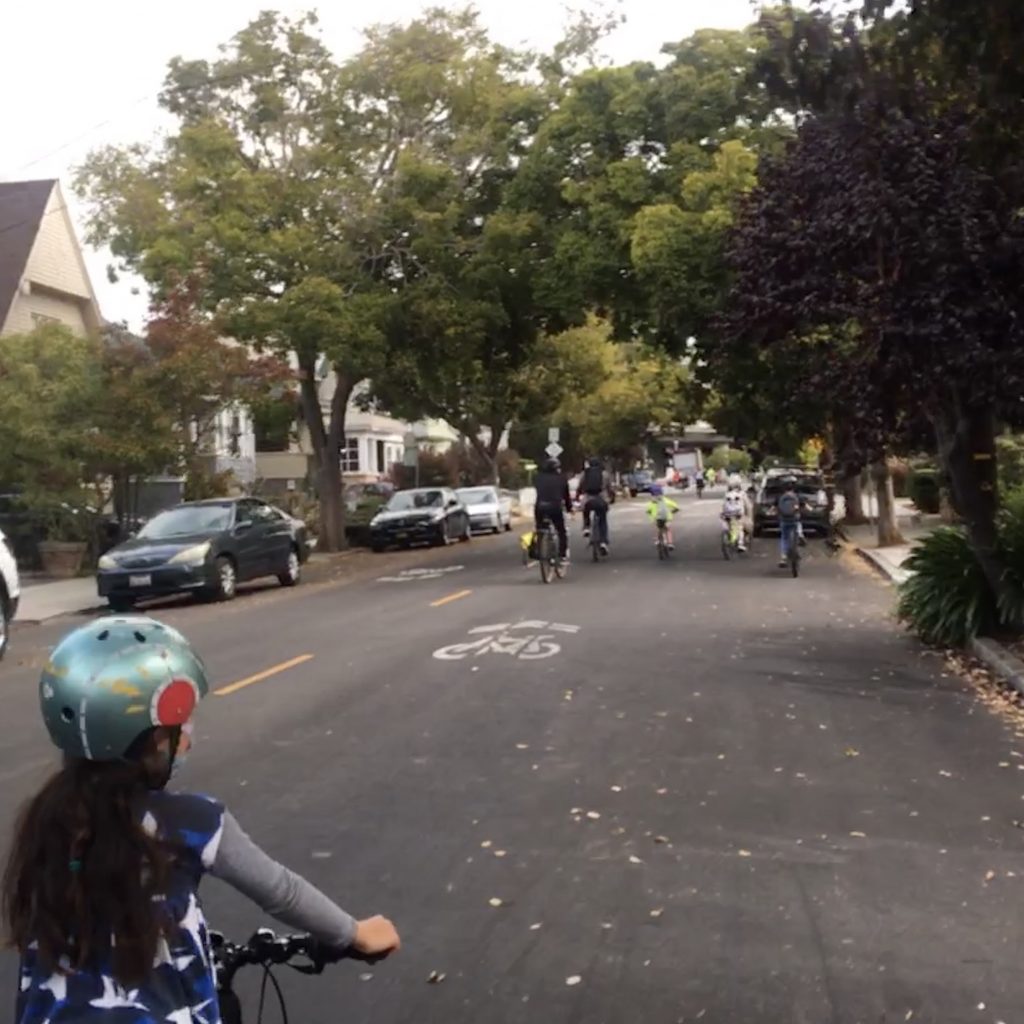 It's great to see kids biking to school

There were so many kids biking to school on the Shafter Ave Slow Street.  I counted at least 11 kids on bikes on the 4 blocks that we rode through. It’s such a nice thing to be able to commute through these streets - streets that have not been prioritized for car traffic, speed, and throughput. These kids might have been driven to school instead if not for the slow streets.  It’s great to have a lower carbon and lower congestion alternative.

Oakland's Slow Streets have existed since May 2020.  They are "soft" street closures that include small barriers (such as cones) and "Road Closed to Thru Traffic" signs.  There are no other restrictions, and the intent was to still allow for local car, delivery, and other service automotive traffic.  The streets were "closed" to through traffic in order to allow people to have more space to engage in physical activity during the initial months of COVID-19.

I really don't like calling these "closures" at all though, because framing implies that streets only exist for the benefit of car traffic.  By removing some car traffic, the streets become open to people who walk, run, bike, roller skate, skateboard, and scoot.  There appear to be more people on Shafter Avenue than before, but less of them in cars.  People can still drive through in their motor vehicles.  The street is now more open than it was before.