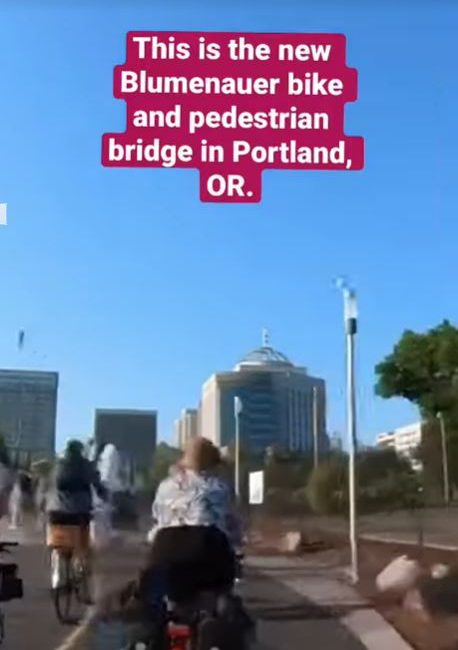 We made a brief visit to Portland and were lucky to be able to join in some Pedalpalooza rides! We rented Biketown e-bikes and joined the Fancy Mondays Pedalpalooza Ride.

Riding across the Blumenauer Bridge

Our Fancy Mondays ride took use from Colonel Summers Park to Irving Park.  We rode across the new Blumenauer Bridge that had just opened on July 31st, 2022.  It's named after Congressman Earl Blumenauer and connects the Kerns neighborhood with the Lloyd District over Interstate 84.

The bridge has room for 2-way bicycle traffic and pedestrian traffic.  It has a bit of new landscaping at either end and provides a nice view over the highway.  It was renamed the Blumenauer Bridge from Sullivan's Crossing to honor Mr. Blumenauer's advocacy for cycling and pedestrian issues.

It was a hot day, so the breeze in the early evening (enhanced by the bicycle ride) felt great. As the sun got lower in the sky, we were treated to a beautifully lit Irving park.